Dudharh is one of the several Gujjar villagesthat lie in the southern foothills of the Morni range. The village commands a relatively large level plain to the north of Khetpurali and sits at the mouth of a deep and thickly forested valley wedged between the nadi to the east and Mandhna hills to the west. Up north, in the midst of a thick forest lies the picturesque Kadiyani, that overlooks the dry rocky bed of the nadi from atop a levelled patch of a small hill. To the east, lies the formidable mud cliff of Mandhna that offers a breathtaking view of the Kadiyani valley. 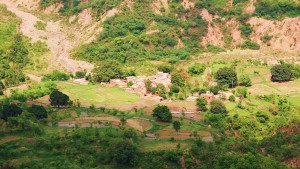 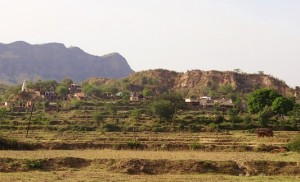 The Dudhgarh Panchayat comprises the villages of Dudhgarh and Kadiyani.

The terraced fields of Kadiyani lie hidden in the middle of the forest on the western slopes.

Terraced fields of Kadiyani (From the Mandhna cliff) 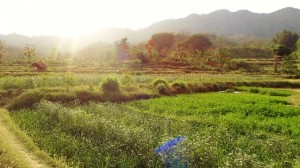 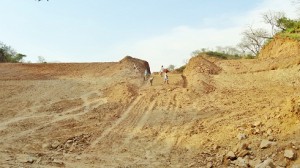 WHD under construction near Kadiyani 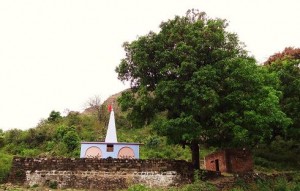