Karoh (Kroh) Peak at 1467 metres is the highest peak of the Morni hill range of Haryana. The peak can be reached after a rather sharp trek of about 2 KM along the steep hill path through the dhanis of Churi and Diyothi of Bhoj Darara. One ends up  climbing a vertical distance of nearly 500 metres from the metalled Chhamla-Daman-Thapli road. 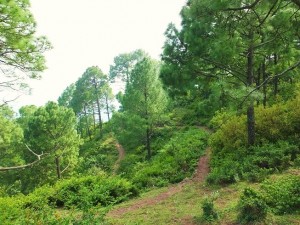 The peak is the abode of the local deity,the Kroh (Karoh) Deota and hence its name. Three modest white-washed, brick and mortar shrines occupy the small grassy meadow at the top. Some old sculpted rocks stacked outside one of the shrines hint at the ancient past of the Kroh Deota’s legend. 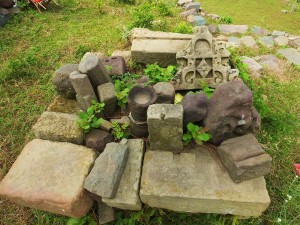 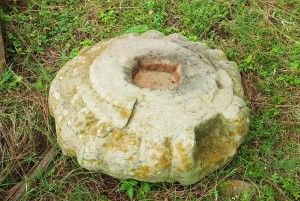 The Karoh peak has a small watering hole and a whistling cluster of chir pines. 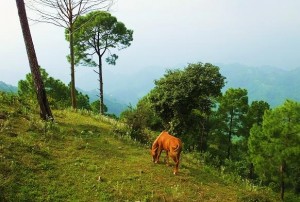 Wild mushrooms on the Karoh Peak

The 19th century Imperial Gazetteers of British India made a mention of the Karoh Peak. The height of the peak as measured by the British and as mentioned in the Gazetteers was 1499 metres (4919 feet). The actual height on being measured with a GPS device by ‘The Tramp’ turned out to be about a 100 feet lower.
The Karoh Peak offers a breathtaking, 360 degree view of the surrounding hills. 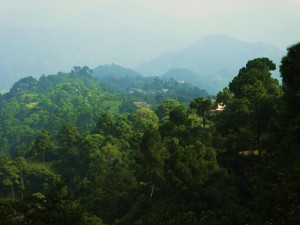 One can spot the formidable ‘wall’ formed by the Bursingdeo Range to the north of the Morni Hills.

The Karoh Peak is easily one of the top picnic destinations in the Morni area of Haryana.