The electoral rolls published by the Chief Electoral Officer of Haryana contain a wealth of demographic details of the adult population of the State. The author has made an effort to extract some of this information pertaining to the Morni ‘ilaqa’ and present it to the readers. The electoral rolls give basic details of voters registered under each polling station. To the extent that virtually every adult settled in each of the numerable dhanis of Morni is today registered to vote, this information provides us a peep into the demography of the entire adult population.

The case of Bhoj Balag is unique to the extent that the area under the bhoj, the panchayat and the polling station (No. 131 of Kalaka Assembly Constituency) is co-terminus. The beginning is hence being made from the voter data available for this picturesque bhoj. 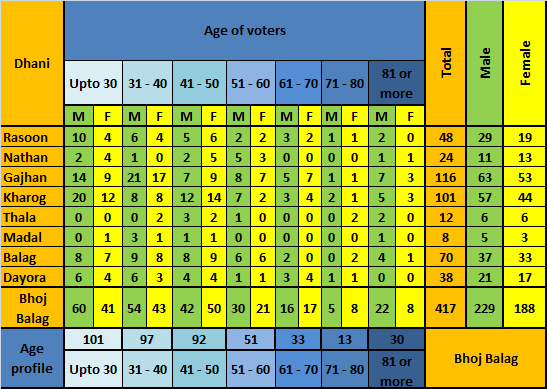 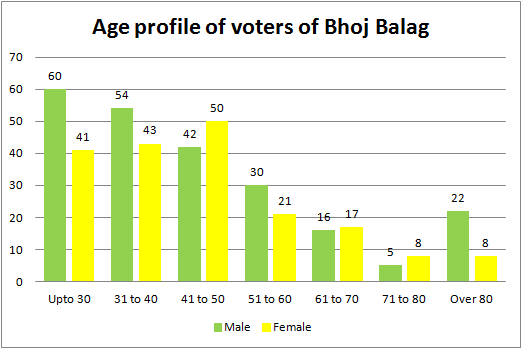 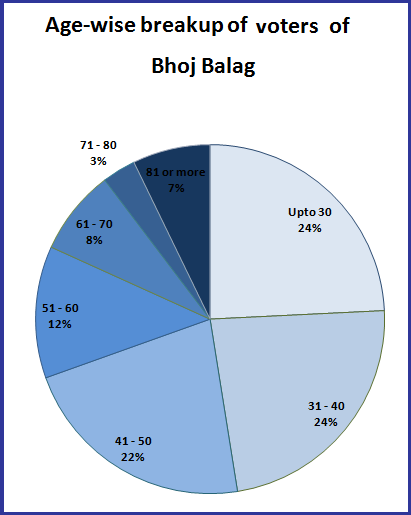 About 75% of Bhoj Balag’s adult population falls in the age range 20-50 with roughly an equal number falling in each 10 year intervals i.e., 20 to 30, 30 to 40 and 40 to 50.  55 % of the adults are male. The male: female ratio is terribly skewed in the ‘under-30 adults’ with nearly 3 males for every 2 females. The ratio gets somewhat reversed in the age bracket of 40 to 50 with more number of females than males. An incredible 10% of Bhoj Balag’s adult population is 70 plus with its oldest resident, Shiv Ram of Balag being 98 years of age! Balag’s men seem to be doing better than the women in old age with the number of ’80-plus’ men being 3 times the number of women in this age bracket. 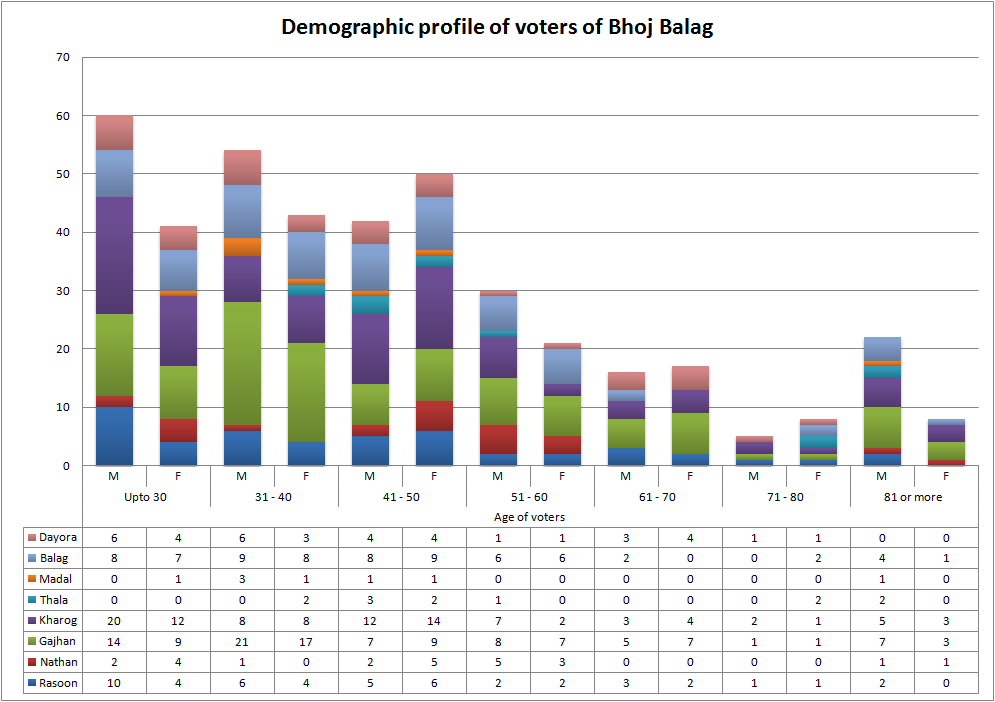 Aasrewali is a Muslim Gujjar village in the Morni foothills that falls under the Berwala Nandla panchayat. The villagers are primarily semi-nomadic pastoral farmers. The village lies tucked away in the foothills behind the 5000 acre high-security campus of the firing range of DRDO’s Terminal Ballistics Research Laboratory at Ramgarh. 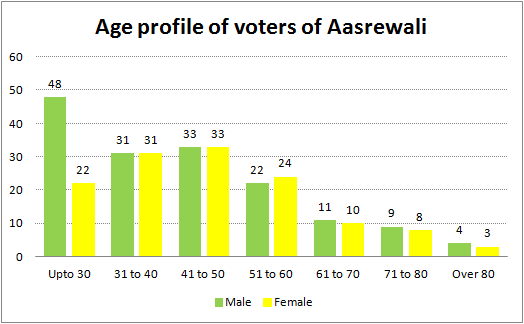 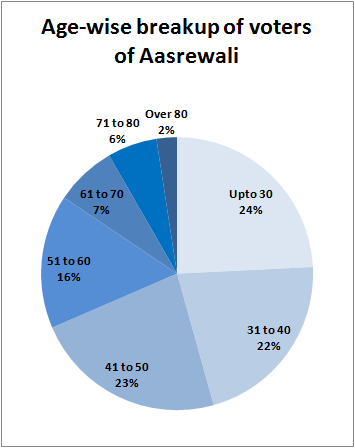 About 75% of Aasrewali’s adult population falls in the age range 20-50 with roughly an equal number falling in each 10 year intervals i.e., 20 to 30, 30 to 40 and 40 to 50.  55 % of the adults are male. The male: female ratio is dangerously skewed in the ‘under-30 adults’ with over 2 males for every female. The ratio is 1:1 for all other age brackets. This can either indicate a distortion creeping in the past 3 decades (on account of introduction and widespread use of ultrasonography for prenatal sex determination) or may simply mean that fewer adult women under 30 are registered as voters (on account of possible reluctance to get girls registered as voters prior to their marriage). The former explanation, however, seems more likely to be correct, at least to a large extent. As per the 2011 census, Haryana State has a sex ratio  of 877 females per 1000 males which is a marginal improvement from the figure of 861 females to a 1000 males in 2001. The situation in Aasrewali seems to be grim even as per Haryana standards and warrants the urgent attention of the departments of ‘Health’ and ‘Women and Child Development’.