Bani is the site of an ancient village on the Morni-Badiyal road, some 16 KM from Morni. The road to Bani crosses the Sherla tal turning left at the tri-junction with the road to Samlotha and thereafter descends steadily to cross Badiyal and Thana villages to reach Bani, just short of the seasonal nadi (a tributary of Markanda river) that forms the natural boundary with Himachal.

As per popular folklore the village was inhabited by traders of Bania community and was a flourishing  trading post where trade was carried out by the 14 Bhojs of Morni with  the villages of the Nahan area. Morni itself is said to have been  only a hamlet at that time. The area around Bani was having a large number of perennial springs/baolis, which was a major blessing given the dry character of the Morni hills. The village inhabitants are believed to have incurred the wrath of a sage who visited the village and who was not treated with due respect. In the typical tradition of Hindu mythology, the angry sage is said to have promptly cursed the village and its inhabitants that led to a great fire that engulfed the entire village. The ruins of this ancient village are identifiable by a large levelled area that is strewn with construction stones cut from rocks that ostensibly belonged to the havelis of the banias. The traders are then said to have shifted northward to Sarahan, in the Bursingdeo range and to Raipurani. 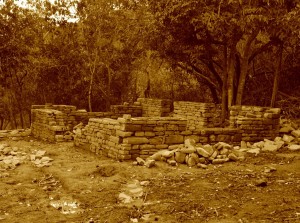 Fresh construction with stones retrieved from the ruins at Bani, Morni hills

The village also housed a Bhadrakali Temple that has been reconstructed by the devotees at what is believed to be the site of the original temple. 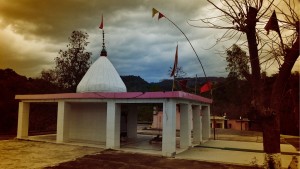 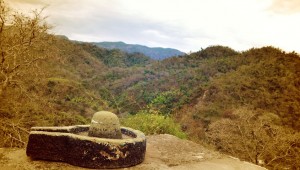 As per another version, the village has been destroyed as many as three times in the past and is making its fourth appearance!