Crested Bunting is about 6″ in size and is generally found in low-lying, grassy hills and areas with terraced cultivation.The head and body in males is a shiny blue-black with a prominent feathery crest at the back of the head. The wings and the tail are chestnut brown/ rufous. The females have streaked upper parts and breast. It feeds on grass seeds and grain. It nests from April to August. 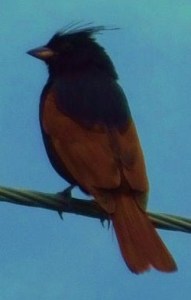 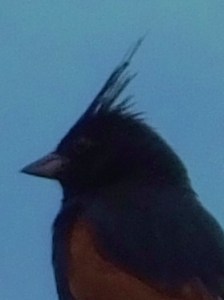