Baya Weaver/Son-Chiri (Ploceus philippinus) is a weaver bird, the size of a sparrow that weaves elaborate hanging nests on thorny trees (like Acacias) and palms bordering water bodies. Nests are built by the males in colonies by weaving wild grasses, paddy leaves, strips torn from palm leaves etc. The pendulous nests have a bulb-shaped central nesting chamber with a long vertical tube that leads to a side entrance to the chamber. The males hang from their unfinished ‘helmet stage’ nests to attract the females who inspect the nest to choose the best one on offer. Once a female partner accepts the nest and the mate, the male quickly finishes the job. The female later does the interiors to her taste and may add blobs of mud!!

Both sexes resemble the common house sparrow during non-breeding season with upper-parts streaked with black and buff. The lower parts are whitish. The bill is conical and stout. The tail is short and square. The breeding season starts with the advent of the monsoons and the male gets a yellow crown and breast, streaks of yellow in upper parts, a dark-brown mask and a dark bill. 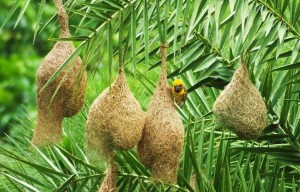 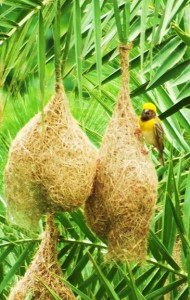 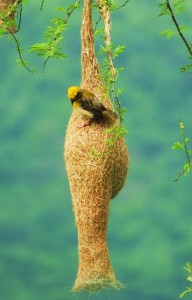 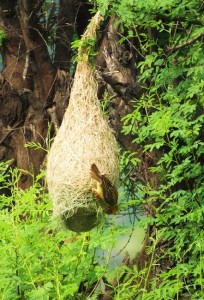 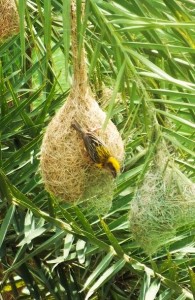 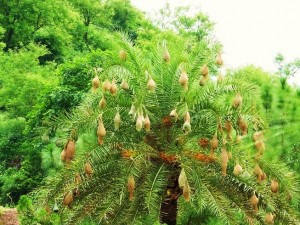 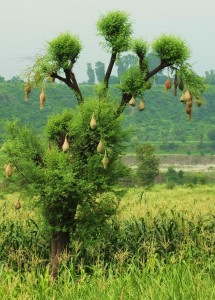 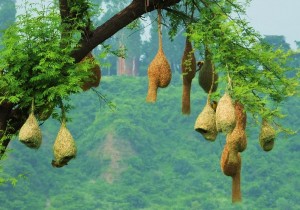 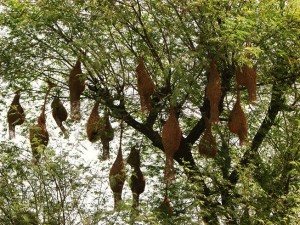 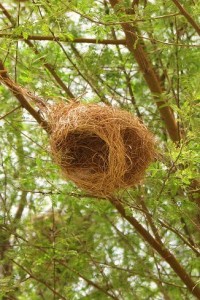 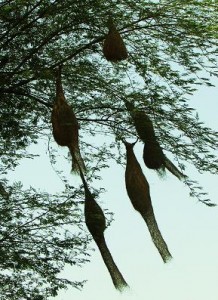