The Pinjore Dun was covered by a thick forest in the 19th century and was famous for its wildlife including tigers, elephants and even lions. Ahmad Shah Abdali, the Afghan invader had camped at Pinjore in 1765 for tiger hunting. The Pinjore jungles remained the hunting preserves (Shikargarhs) of the Patiala Maharajas since the middle of the 19th century.

A 19th century hunting lodge of the Patiala Rajas, the Burj, today lies in ruins atop a hill that overlooks the Ghaggar river and the Pinjore Dun. 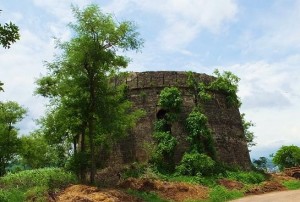 A part of the surviving jungles were notified as the Bir Shikargarh Wildlife Sanctuary.

The Pinjore forests boasted of tigers as late as mid-20th century. In the November of 1933, the Maharaja of Patiala, Bhupinder Singh invited the touring English cricketers for a tiger-shoot in the Pinjore jungles. Prominent amongst them was the M.C.C. team Captain, Douglas Robert Jardine who deployed the infamous ‘Bodyline’ bowling for the first time in the 1932-33 Ashes Series. The team was on the first M.C.C. tour of India in the winter of 1933. Jardine had made the Maharaja play for the M.C.C. team in one of the matches despite opposition from the Viceroy.

Jardine was born in Bombay, British India in 1900 and had great affection for India. Jardine was accompanied by Charles Stowell Marriott, the famous ‘googly’ bowler of early 20th century on the tiger shoot. 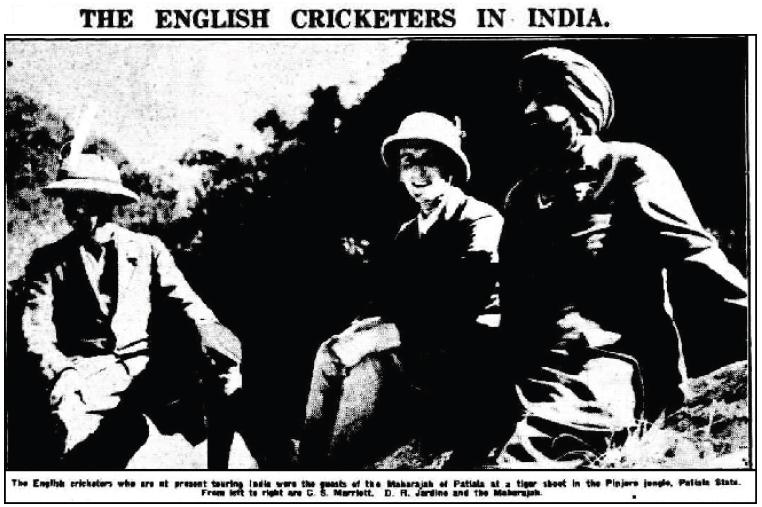 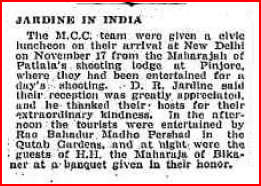