The Song of the Magpie Robin – A Memoir

It was the attractive cover of the book that caught my eye. I had come across passing references to Zafar Futehally in books on conservation but I was not too sure whether I wanted to buy his ‘Memoir’. It was only many book purchases later that I finally decided to pick up the book as I really could not resist the cover! 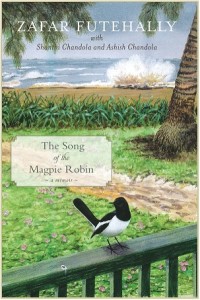 Zafar was an educated, cultured man with an excellent lineage. Much like the ‘Gentlemen’ of the colonial era he could not really involve himself in running a mundane family business. Seeking employment in a regular nine-to-five ‘job’ was of course out of question. So he ended up spending a lifetime pursuing a hobby!

Zafar loved horses from his early childhood. He married Laeq, Salim Ali’s niece. The birdman got him into birds from where he found his way to the nascent movement for conservation. Zafar was an amateur birder. A casual naturalist with no special knowledge of techniques for management of wildlife or habitats. His USP lay in his polished personality and charming manners that he so successfully deployed for the cause of environment. He was unapologetic in exploiting his ‘links’ to lobby for the cause of nature. To get the ear of those who mattered (even the PM!). To seek urgent interventions to save habitats from ‘development’.

Zafar was one of the first in India to realize the need for getting involved with international conservation institutions and programmes. He was instrumental in the holding of the landmark 10th General Assembly of the International Union for Conservation of Nature (IUCN) at New Delhi in 1969. Zafar was also one of the founders of WWF-India. He was deeply involved with the running of the Bombay Natural History Society. He served on the Indian Board for Wildlife. Hosted conservationists and naturalists at his beachside home in Bombay. Lobbied for creation of wildlife sanctuaries around Bombay to save the fast disappearing green cover. Started a cyclostyled Newsletter for Birdwatchers in 1959 to publish the observations of amateur birders from all over the country. Zafar edited the newsletter for an incredible 45 long years! The newsletter was aimed at the hobby naturalists like himself. At reaching out to the nature lovers. Telling them that they were not alone in their love for wilderness. 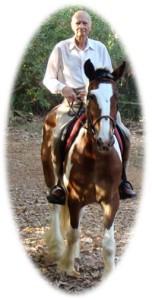 The book is in two parts. The first part is a reflection on his personal life. The second is dedicated to the role played by him in the conservation history of the country. Zafar wrote his memoirs in his 90s. Its flavour is unmistakably that of a final stock taking exercise. A man reflecting on his journey of life. What it was all about. His story.

There is a fleeting regret of having depleted his family fortune through bad business decisions. But then he was not cut out to be a businessman. For he never did sell himself too hard. One gets the feel that he always doubted the seriousness of his credentials to represent the cause of conservation and environment. He was after all only a hobby naturalist! He was well known and liked in the circle of naturalists with a long list of friends and admirers. But he was not destined to be too famous a man. May be he didn’t care too much for the fame part.

The book is an interesting light read. It is heartening to know that there have been men before who unabashedly pursued their hobbies all through the life without getting bogged down by the mundane concerns about material advancement.