The Haryana forest department has built an artistic masonry check dam across a seasonal choe to create a beautiful, long and narrow lake in the abandoned limestone quarry area of Mallah. A walkway with concrete banisters has been created on the top of the dam wall. A flight of steps has been added at either ends to provide easy access from the steep banks.  A number of smaller check dams have been built downstream across the choe creating small pools and ponds that lie hidden by the thick scrub and foliage of the area. The lake waters are clear and serene.  Wide terraces have been cut into the hill sides that surround the lake for removing limestone and these are now covered by trees and scrub. The lake is frequented by wildlife in the area as is borne out by the numerous hoof marks on the banks. Leopards have been frequently spotted in the area by the locals.

The limestone outcrop at Mallah was initially identified by the British in the early 20th century as a potential quarry site for providing gravel for metalling of roads of Punjab province. The lack of road connectivity and distance from the railroad, however, prevented its exploitation. A cement factory (Bhupendra Cement Works) was established at Surajpur near Pinjore by the Patiala Cement Company of the Maharaja of Patiala in 1939 to exploit the limestone at Mallah. The Bhupendra Cement Works later became a part of the Associated Cement Companies Ltd. (ACC) that operated the limestone mines at Mallah till 1997 when the cement factory and the limestone quarrying was shut down under Court orders over environmental concerns. BCW Surajpur has the distinction of having supplied the cement for building the Bhakra Dam! 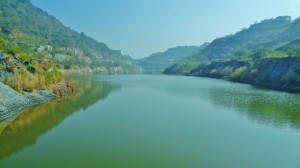 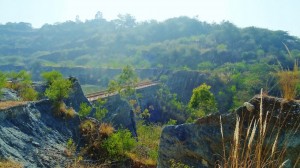 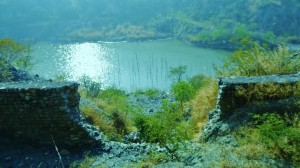